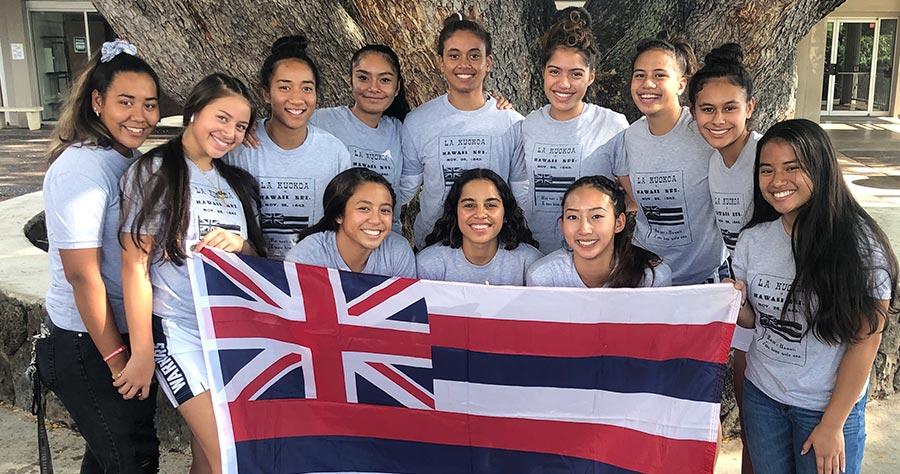 The Warriors of Kamehameha return to the Girls ‘Iolani Classic for the first time since 2013. Led by Head Coach Pua Straight, the Warriors enter 2019 after a HHSAA Division I Runner-Up finish and a 20-8 record last season. Kamehameha returns a talented group of veteran players, led by 5’8 senior guard Mālie Marfil, 5’9 senior forward Noelle “Lagi” Su‘a-Godinet, 5’4 senior point guard Haley Masaki and 5’7 junior guard Camille Feary. The Warriors compete in the Interscholastic League of Honolulu, where they finished in second place last season.

Coach Straight shared some insight on her team: “We have high expectations for the upcoming season. We have experienced players that have worked hard and are ready to step into bigger roles this year. We are one ʻohana, on and off the court, and we expect that to show in the way that we play.”