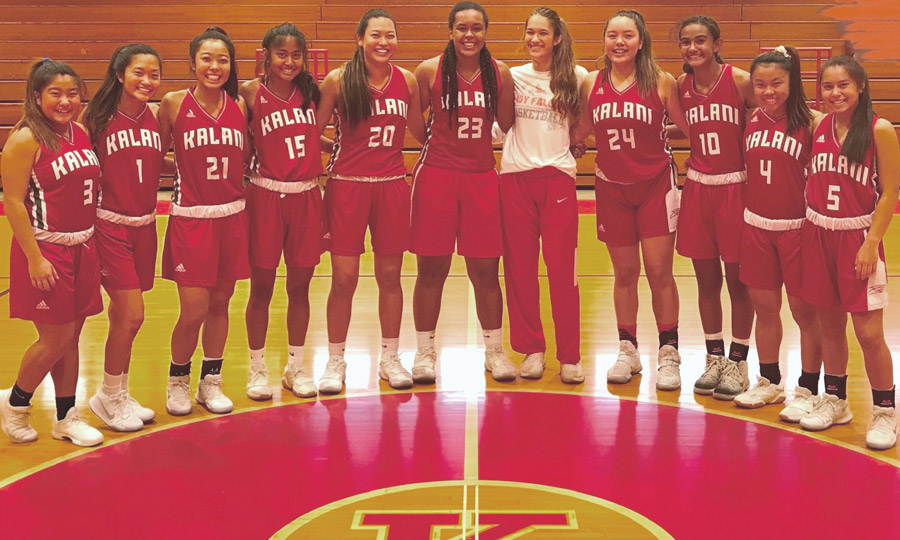 Coach Chi Mok is set to lead the Falcons of Kalani High School this year after a highly successful season in 2016-17. Kalani finished 9-3 in the OIA and 16-9 overall last season, which included an OIA Division II Championship and a third place finish in the 2017 HHSAA Division II State Championships. The success has led the Falcons move up to the OIA Division I ranks and Kalani hopes to compete for a title at that level as well.

Coach Mok and his staff will rely on a trio of upperclassmen to facilitate their success this year. Seniors Kaylie Espinas (5’6 guard) and Logan Luke (5’8 forward) will both be looked to for scoring, as both averaged double figure points per game last season. The 2017-18 team will also count on 5’0 junior point guard Daesha Viela as well as freshman guard Alyna Akiona to create a strong backcourt that will be a handful for opponents.